What’s New and Interesting in the Krkonose

Are you going on a trip or vacation to Krkonose Mountains? Have a look at what´s new and enrich your time here with new experiences. If you know Krkonose from the inside out, even if you are coming to us for the first time, let yourself be inspired by news and point of interest. 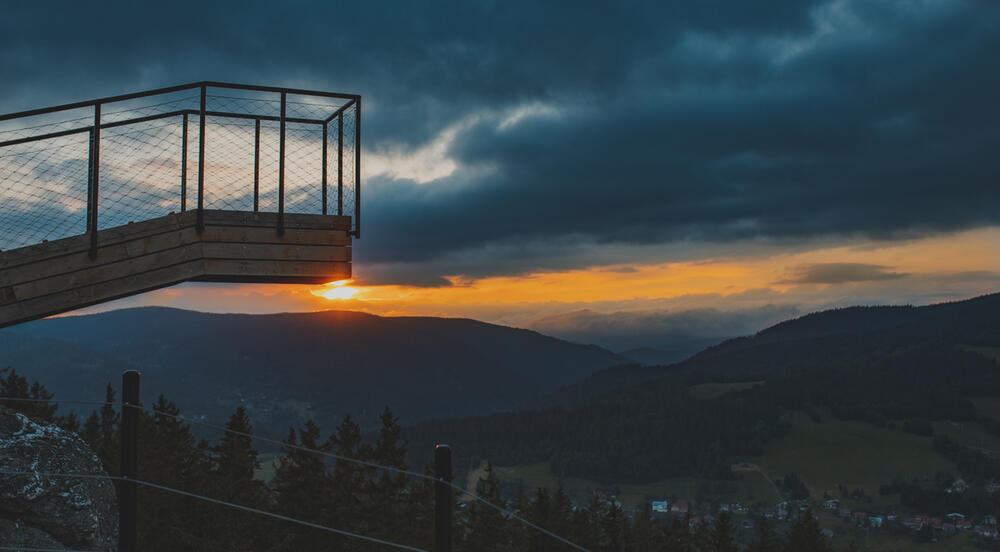 A unique forest park called Hlidka na Strazi was built on Straz hill in Rokytnice nad Jizerou in 2021. It features four lookout towers made of wood and steel with an original design that reveal views of the landscape. You can see the valleys with Rokytnice, Paseky and Vysoke, and panoramas of the Lysa and Kotel mountains. The design was inspired by the four patrons in the coat-of-arms of Rokytnice nad Jizerou that symbolise the four villages which merged into a town a long time ago: a Fox, Bear, Sheep and Miner. The lookout towers, however, are not easy to ascend, and you have to try out which ones you can conquer! 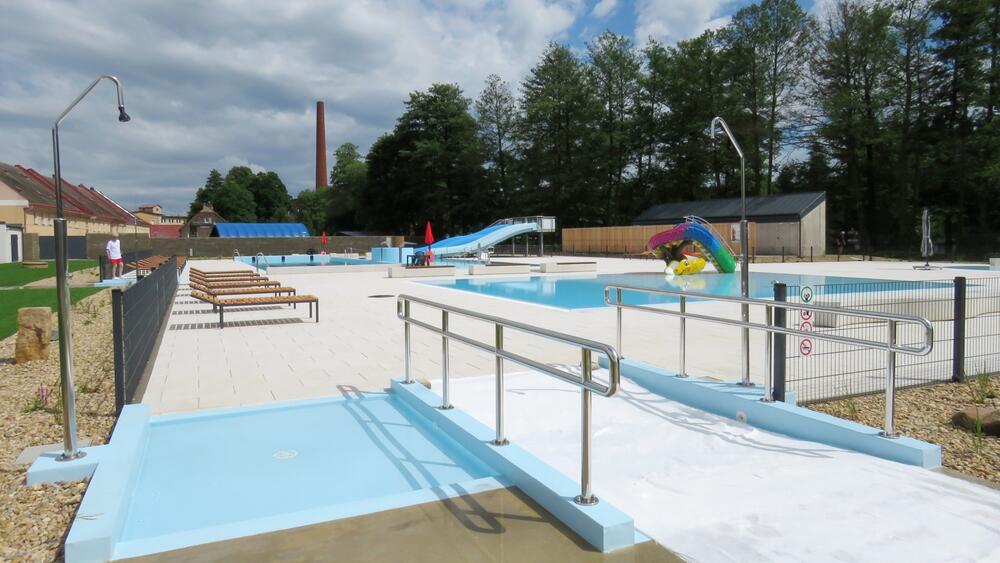 A relaxation resort, newly opened in 2021, is situated close to the centre of the town but still in the countryside, surrounded by greenery and near the cycling trail. The main pool is equipped with a triple water slide. The water in the smaller children’s pool with its cobra-shaped slide is heated to 28°C. Children will enjoy not only the wading pool but also the comfortable playground, while their parents can enjoy themselves in a modern bar with comfortable seats. This pleasant modern facility has all the necessary features, including a charging station for electro bikes. Highly recommended! 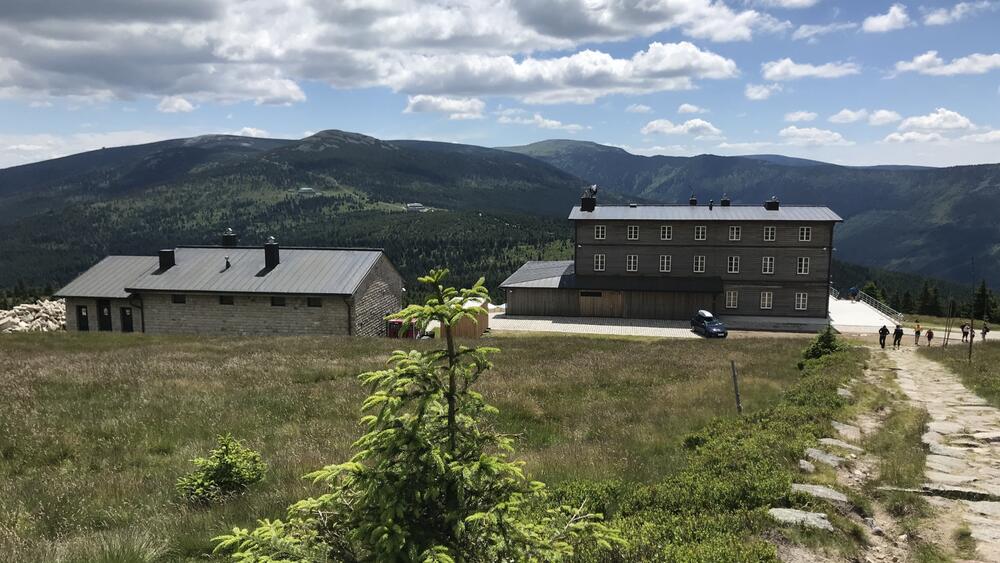 The Story of Petrova Chalet Continues

Petrova chalet has left an indelible mark in our memory. It was first built on the ridges in 1811. It was destroyed in a fire on 31 July 2011. But this year you can visit it again! The stone foundations that were left undamaged have been incorporated into the new building, completed in 2020.

The new Petrova chalet consists of two buildings. The main four-storey structure was supervised by the national heritage institutions. A smaller structure is attached, used as a technical facility that also offers simple short-term overnight accommodation, a self-service refuge without staff. 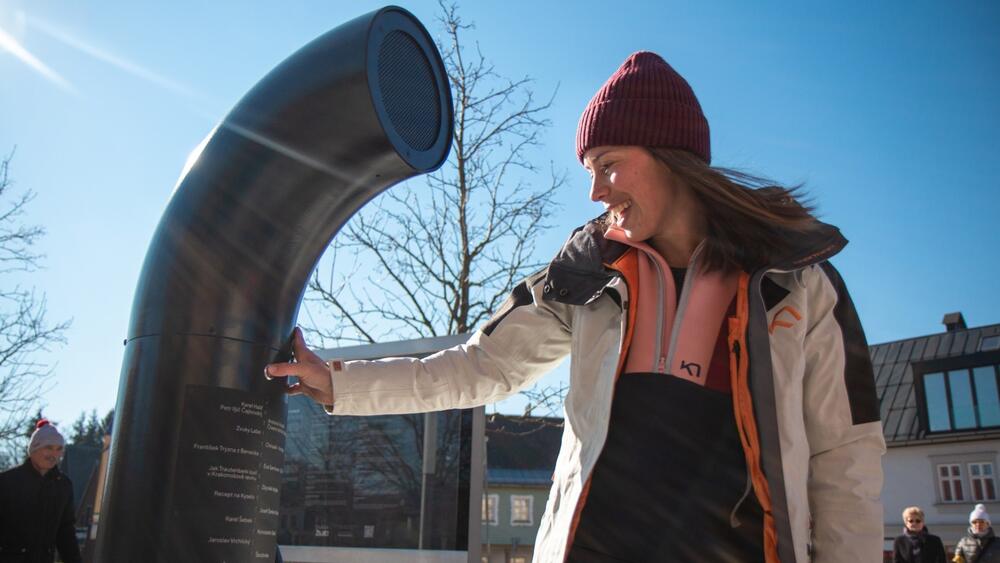 The Poesiomat, or poetry box, is the latest project of the Piana na ulici association, which has been placing pianos and chessboards in Czech towns since 2013. Jukeboxes with poetry offer audio, voice and memory tracks in the landscape. One of these Poesiomats has been on namesti Miru Sq. in Vrchlabi since March 2022.

So how does it work? An iron tube, the height of a tall man, has a crank by which electricity is generated. After that a button is pushed to select one of the audio tracks. Besides text or music, you can hear a bird singing, a car driving past, or a child shouting. The audio tracks offer, for instance, a dialogue from The Firemen’s Ball, the famous movie by Milos Forman which was filmed in Vrchlabi, the sound of water from the Labsky waterfall, snippets from The Four Seasons by Antonio Vivaldi, a passage from Marie Kubatova’s fairytale “How Trautenberg Hunted in Krakonos’s Grounds”, a recipe for a popular local soup called kyselo by Milos Gerstner, and many other recordings, including the Olympic medal-winning performances by Karolina Erbanova and Eva Samkova, both born in Vrchlabi. 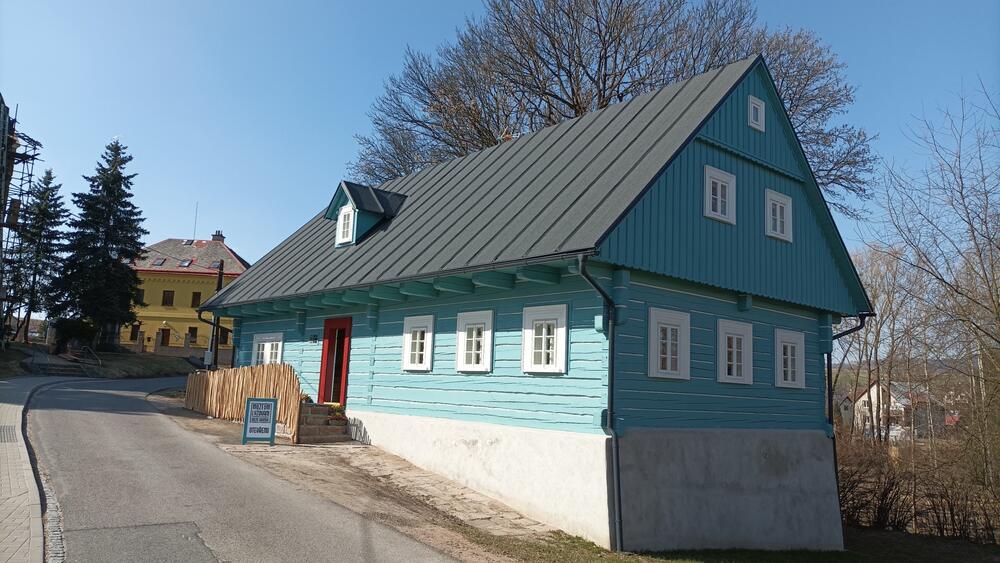 Museum of Skiing in Dolni Branna

If you are interested in the history of this sport in the Krkonose and the Podkrkonosi area, we recommend visiting the Museum of Skiing in Dolni Branna. It was opened in 2022 in the oldest preserved building in the village, the timbered house No. 1, a protected monument which is now more than 250 years old.

The exhibition is dedicated to Ales Suk’s lifelong collecting of skiing, sleighing and skating artefacts. Ales Suk was a local teacher and trainer of skiers, and collected and kept these artefacts with great care. The hall of fame displays medals and cups, and also equipment and awards not only of Bohumil Hanc but also of Krkonose’s present-day sportspersons, such as Eva Samkova, Michal Krcmar and Karolina Erbanova. 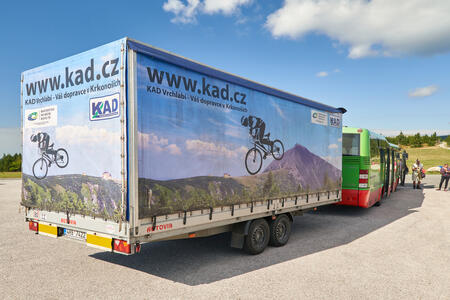 We are very sorry to all those who are going to use the Krkonoše cyclobus line No. 2 for a printing error in the timetables. The summary poster incorrectly states that the line runs during September also on weekdays, but it runs ONLY ON WEEKENDS.

Pyrotechnics do not belong to national park

Pyrotechnics disturb wildlife, lifestock and pets, are a nuisance to the local inhabitants and visitors and they increase the concentration of heavy metals in the air.
END_OF_DOCUMENT_TOKEN_TO_BE_REPLACED