The Krkonose Mountains lie on the Czech/Polish border and range 36 km in length. It is the highest mountain unit in the Sudeten range, undoubtedly unique in geographical terms. During the climatically unstable period of the early Quaternary, they played an important role as a link between the repeatedly intensifying and weakening glacial pinch in the north-to-south direction. The outer Krkonose ridge, including peaks such as Violik, Vysoke Kolo and Snezka, lies along the state border and is higher. The inner ridge is divided by the upper Labe (the Elbe) cut into the western part (with Lysa hora, Kotel and other peaks) and the eastern part (Kozi hrbety ridge, Studnicni Mountain). The Krkonose forks protrude southward from its ridges (from Zaly, Zadni Planina and Rychory). 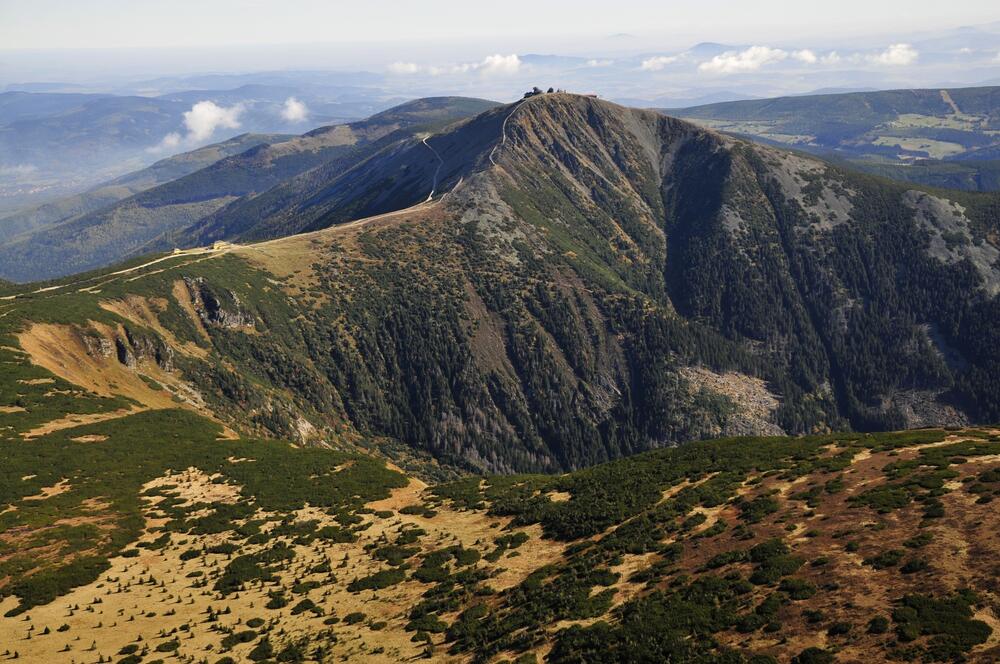 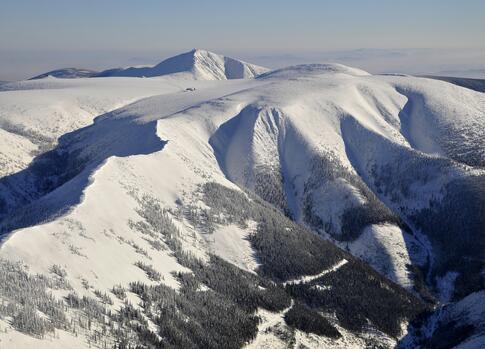 The Krkonose is mostly made up of crystalline schists, ranging in age from Proterozoic to early Paleozoic; altered mica schists, phyllites and orthogneiss are only rarely replaced with quartzites and basic volcanic rocks or crystallic limestone. During the Variscian orogenesis, the former crystalline rocks were intruded by a large central mass of granite massif (pluton) which formed the base for today’s main ridge. Numerous ore deposits originate at the time of geological alterations. During the hot climatic period, the Krkonose ridges were quickly rounded. The last uplift of the mountain unit occurred in the middle of the Tertiary, during the Saxonian tectonics, as a response to Alpine orogenesis in the Alps and the Carpathians. Today’s relief can be seen as a block upland with the relics of grading in the head sides. The late Quaternary glacier modelling gave rise to the typical U-shaped valleys. Their closures are referred to as corries, or pits (for instance, Upska jama, Kotelni jamy), and are extraordinarily interesting from the viewpoint of hydrology, botany, zoology, geology and geomorphology. Thanks to the periodical thawing and freezing of the scree, very peculiar surface formations can be seen in the highest areas of the Krkonose which are normally encountered in the far north and are referred to as tors (Muzske kameny), together with rock grades, cryoplanation terraces (around Lucni and Studnicni mountains), stone rings (regular polygons made up of stones in the highest mountain areas) or kerf soils (on mild slopes). 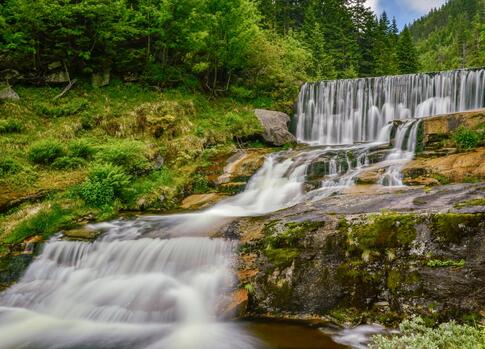 The Krkonose is the most important water source area in Central Europe. It includes the source of the Labe (the Elbe), one of the greatest European rivers, and some of its major tributaries, such as the Mumlava and the Upa. The mountain ridge is the watershed divide between the Baltic Sea and the Northern Sea. The riverbeds are deeply cut in the valleys and often feature waterfalls, such as Labsky and Pancavsky. The riverbeds often include huge torrential potholes produced by water erosion. A remarkable feature are the torrent control structures on some streams and torrents, once enabling wood transport (Certova strouha), as well as preventing water erosion and floods. The Labska dam is the only water retention structure in the area. Natural standing water can be found in moor pools, which are on the international list of protected wetland areas. 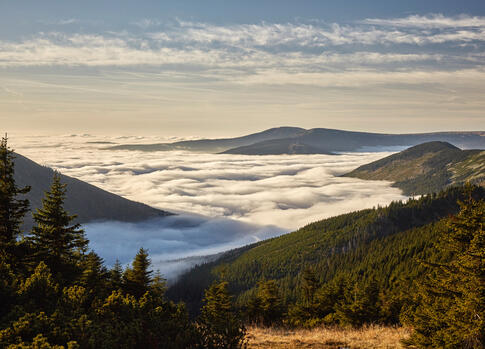 The Krkonose climate is very severe and unstable, being among the coldest, windiest and highest in precipitation. The average annual air temperature at Snezka’s peak is only 0.2°C. Wet and cold air flows from the Northern Sea and the Atlantic Ocean prevail over the whole range. Anemo-orographic systems, in which wind currents crest high level plains into the leeward corries, are in effect here. Especially the autumn and winter months see frequent inversions during which it is warm with clear skies in the mountains while dense fogs completely cover the valleys and low-lying areas.. 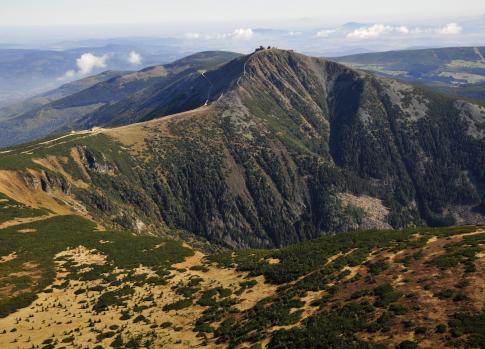 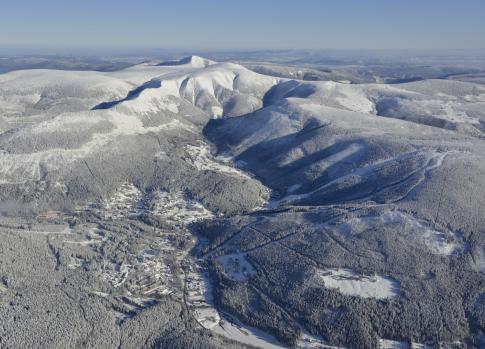 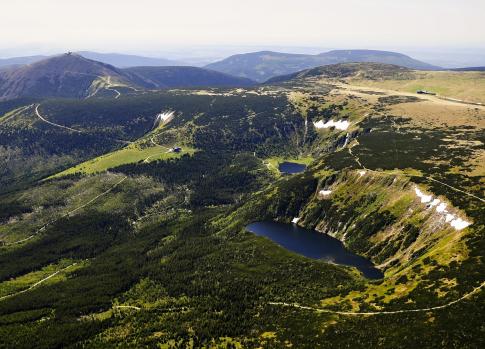 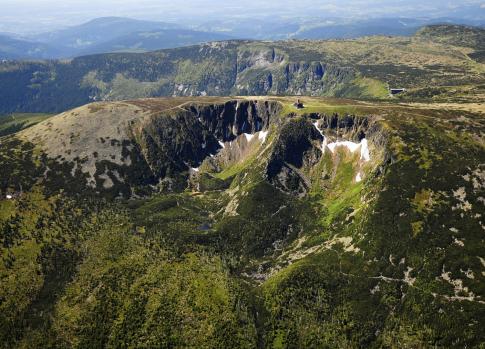