“The purpose of the national park is to maintain and improve its unique environment, especially the conservation or renewal of self-controlling functions of natural systems, strict protection of wild animals and plants, preservation of the typical landscape appearance, the fulfilment of scientific and educational objectives and use of the national park for sustainable tourism and recreation that does not impair the environment.” 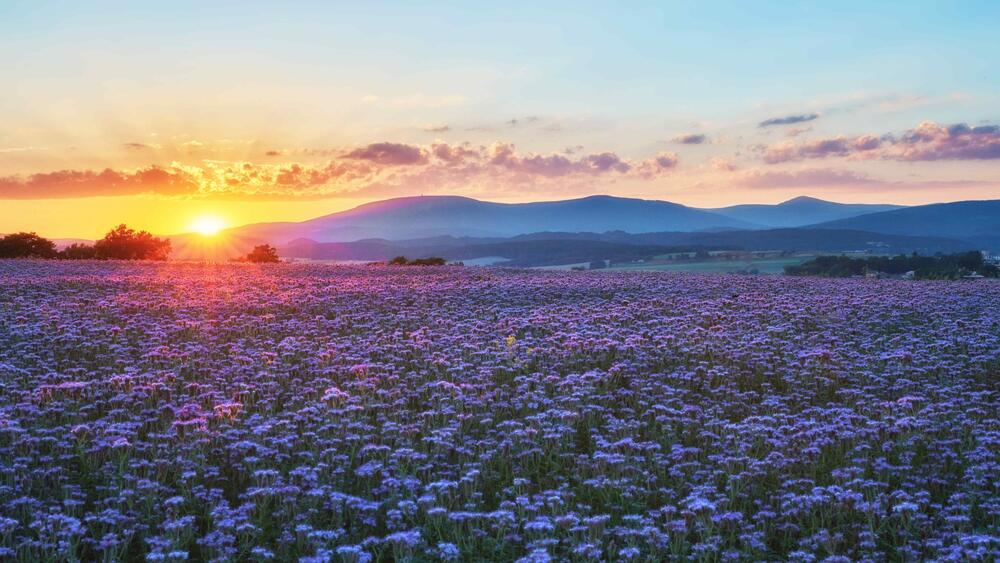 Facts about The Krkonossky national park

The National Park is divided into several zones with different natural conditions and subjects of conservation. 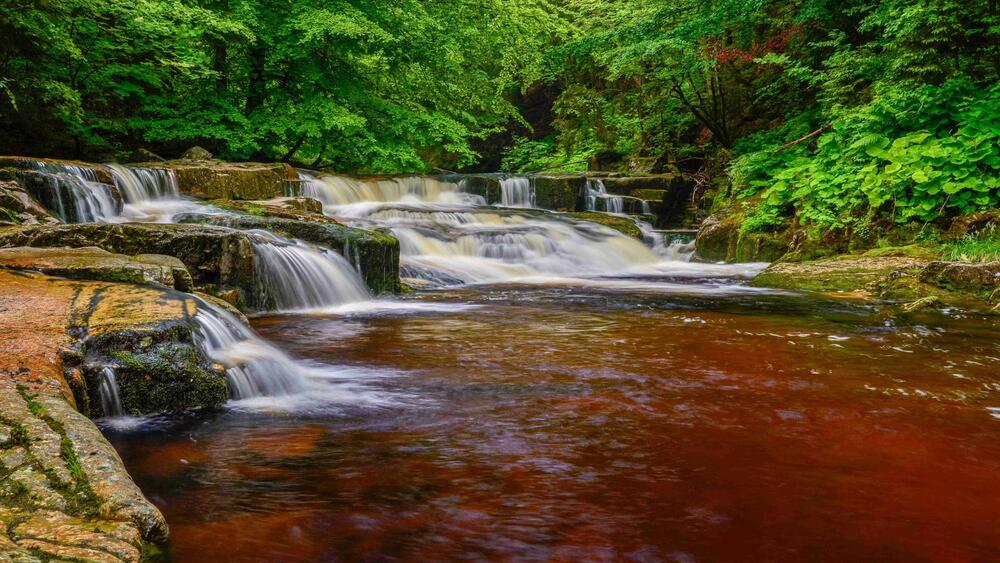 The first official protection of nature, namely the flora, in the Krkonose began more than a hundred years ago. In 1904 the imperial administration in Prague issued a decree stipulating the necessity to protect the Krkonose flora, and the first reserve was established here in the same year. It was private, declared by Count Jan Nepomuk Harrach in his demesne at the Labska stran hill, with an area of 60 hectares.

There was indeed a lot to protect. The flowering treasures of the highest Czech mountains then suffered mainly from herb gathering, which was so extensive that some species really became endangered. The flora here includes species truly unique worldwide – the relics of the last Glacial Epoch, such as the Alpine saxifrage (Saxifraga nivalis), amber-fruited false raspberry (Rubus chamaemorus), Lindberg's Sphagnum (Sphagnum lindbergii) and lake quillwort (Isoetes lacustris), and many local endemic species not found elsewhere, such as the Burnet saxifrage (Pimpinella saxifraga rupestris), the Krkonose rowan (Sorbus sudetica), saxifrage (Saxifraga moschata), Sudetan lousewort (Pedicularis sudetica), bellflower (Campanula bohemica) and around 30 Hieracium species.

The first proposal for the establishment of the Krkonose national park was at the beginning of the Czechoslovak Republic. It was submitted by Frantisek Schustler in 1923. The approaching war meant the establishment of the national park was put on hold, and combat preparations led to many scars to the Krkonose landscape, such as an unused strip of concrete fortifications and access roads to the very summits. In 1931, at least the Kotelske rokle (now Kotelske jamy) reserve was declared, to be accompanied by Cernohorska raselinliste, Labsky dul, Obri dul, Pancavska louka and Upske raseliniste in 1952 and another four sites in 1960. Our first national park was declared 11 years later, while the neighbouring Karkonoski park narodowy in Poland had already been declared in 1959. In 1992 the Czech-Polish UNESCO Biospherical Reservation Krkonose–karkonosze was declared. Pancavska louka and Upske raseliniste are part of the Wetlands of International Importance. The highest areas, known as the Krkonose tundra, are part of the so-called Corine Biotopes, a system of internationally important biotopes in Europe, and the most valuable areas of the Krkonose are part of Natura 2000. 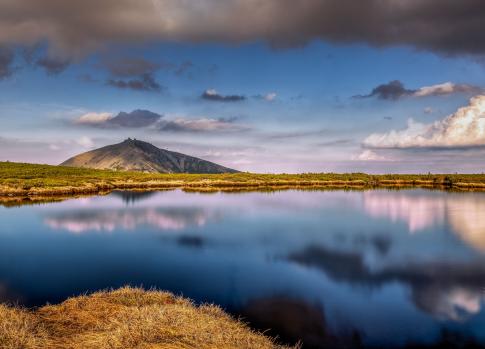 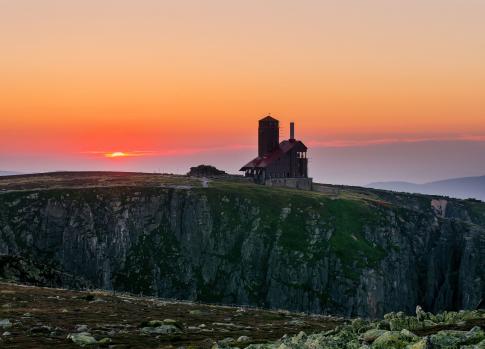 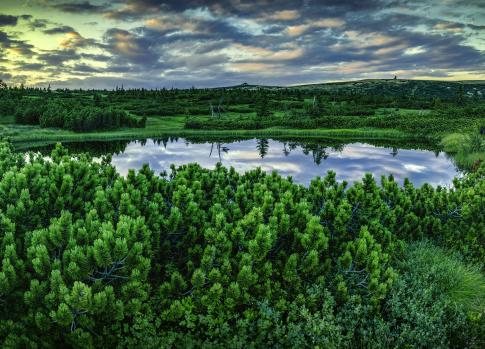 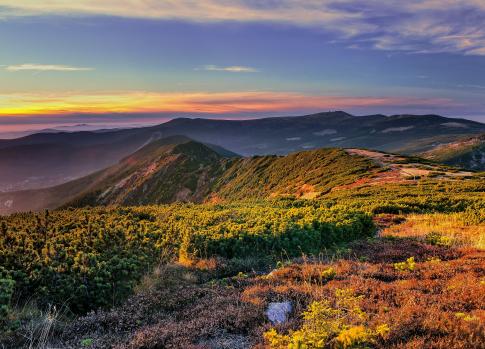 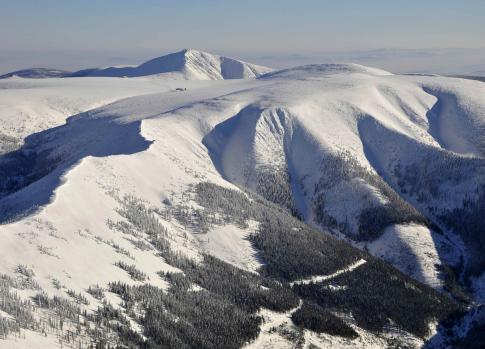 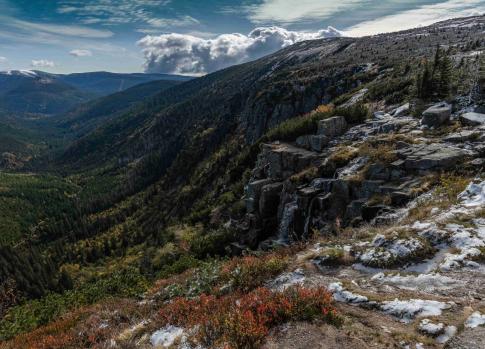 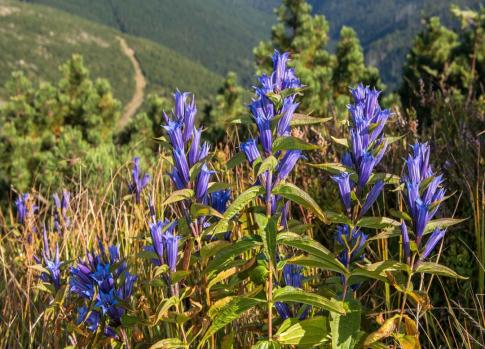 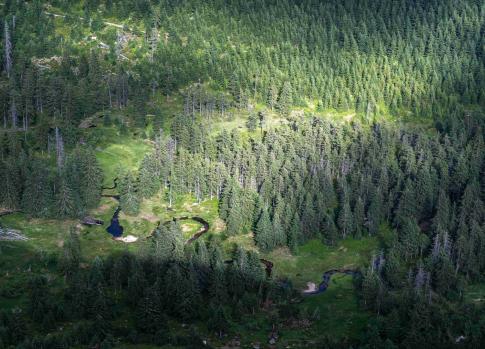 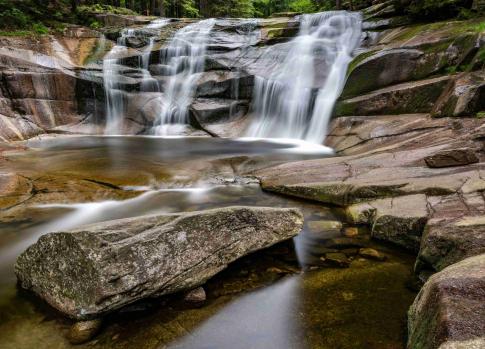