Given the severe weather and climate, no permanent inhabitation of the Krkonose in Prehistoric times has been proven. A change occurred at the end of the 13th century during the development of crafts, unseen before, providing man with technical and technological opportunities to conquer the nature of the mountains. Jan of Wallenstein built the seat of his family, Stepanice castle, and other villages around were established. In the 16th century the inhabitation line reached Benecko, Jestrabi and Horni Rokytnice. The Stepanice demesne which covered the whole Western Krkonose developed rapidly, with town centres being established in Vysoke nad Jizerou and Jilemnice. Later, the demesne broke up and was bought in smaller parts by the aristocratic Harrach family who later re-established it. The inhabitants made a living as flax growers, linen producers, weavers or glassmakers. They also processed ores, managed forests and produced textiles. 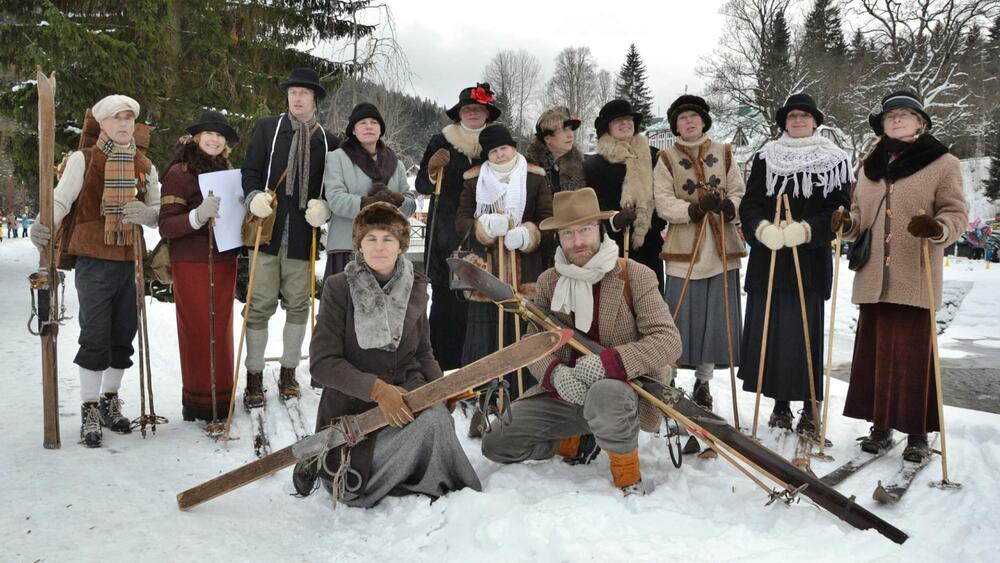 The beginnings of tourism in the Krkonose at the end of the 18th century initially only concerned the summer period. It was solely a matter for wealthy municipal citizens and intelligence. Chalets began to be built on the ridges, serving to provide overnight shelter for tourists. In winter, typical Krkonose sledges were used as the means of transport. At the end of the 19th century, Count Harrach visited Norway and saw skis, which later he had made in Dolni Stepanice. They facilitated access for foresters in snow-covered mountain forests. Sports skiing also developed, the first ski contests were held and the first ski clubs were founded. 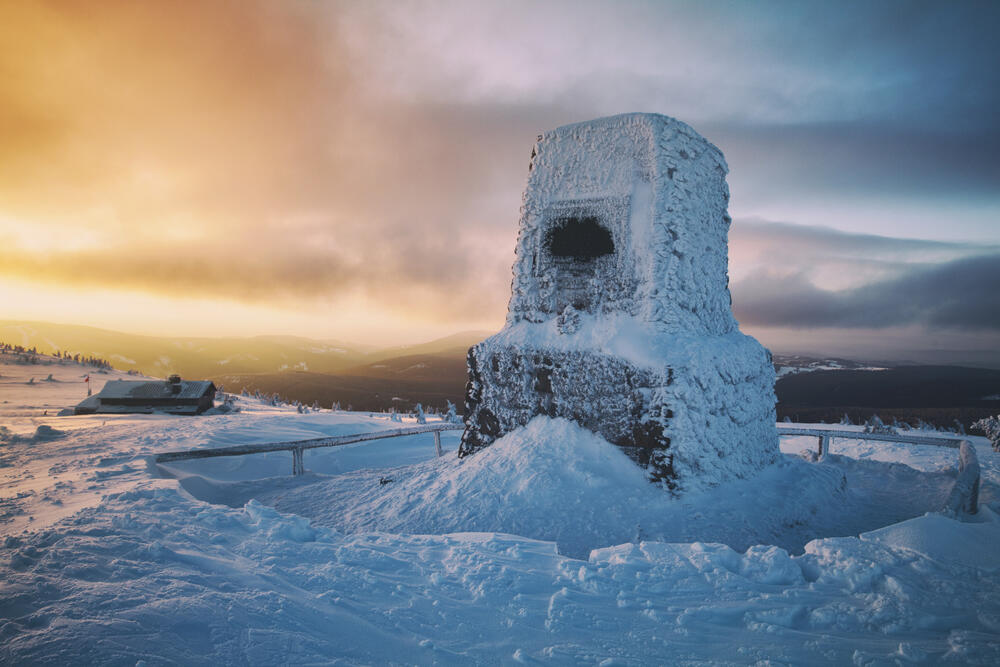 The first speed contest over a 50 km track along the ridges was held on 24 March 1913. The start was in nearly spring weather at 8°C, with sun shining through the fog. The skiers came to the start wearing only light clothes. In the afternoon the weather suddenly changed, a snow storm spread over the ridges and the exhausted competitors gave up. Only Bohumil Hanc decided to fight the harsh weather. His friend Vaclav Vrbata found him completely exhausted and frozen to the bone, and lent him his coat and cap. They both died on the ridge and the Hanc and Vrbata monument was later raised to commemorate their friendship, bravery and devotion. 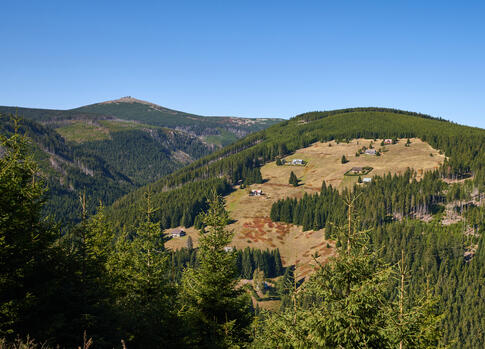 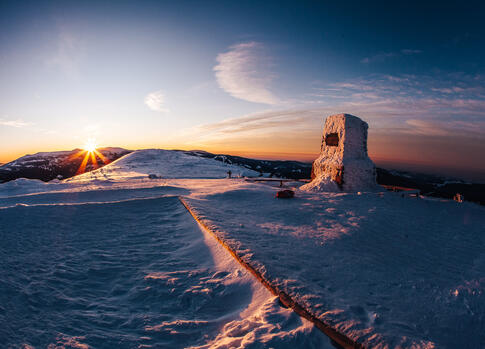