Timbered houses in the Krkonose

The Krkonose is an area characterised by timbered Houses. Two main types can be seen here – the timbered house of the Pojizeri type (mainly in the western areas of the Krkonose) and that of the Podkrkonosi type (prevailing in the eastern areas). The Pojizeri type has a simple ground plan and rich decoration of the gables in two to four stripes. The Podkrkonosi type is poorer in decoration, with very simple gables divided into two stripes and a single roof layout. 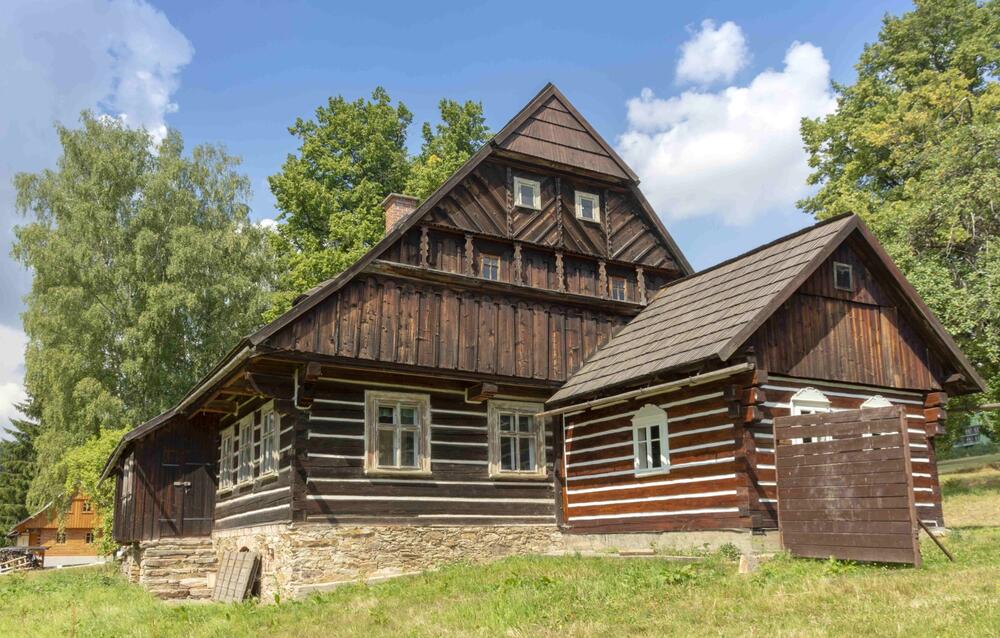 Both types are laid out in three basic parts. A hall, occupying the middle part, is entered from the dooryard. The rear part includes a scullery, often not separate from the main hall, where the housewife would cook over an open fire or use a furnace with tiled stove in the living room. The living room as the main living space is accessible from the hall. It occupies the entire front part of the house. The storage room, used to store food, as a changing room or even as a place for the retired owner, is accessible from the hall as well. The storage room is usually next to a shed, often accessible from the dooryard. The rear part then serves as a woodshed or barn, to store hay, straw or wood. The hall was often one window larger, with a partition inside, and was used as a small hall for the retired owner. The walls are timbered, earlier also using beams of various sections. The external corners are in a flush bond, except for the upper ring beam heads, which protrude. This reinforces the entire structure and enables the gable to protrude from the outer wall surface. The beam joints are filled with compressed moss or straw and covered in a layer of clay dab, or soil dab with mixed glumes or cut straw. They used to be painted white with lime. Later, timbered houses were painted in various colours and decorated with white trims. 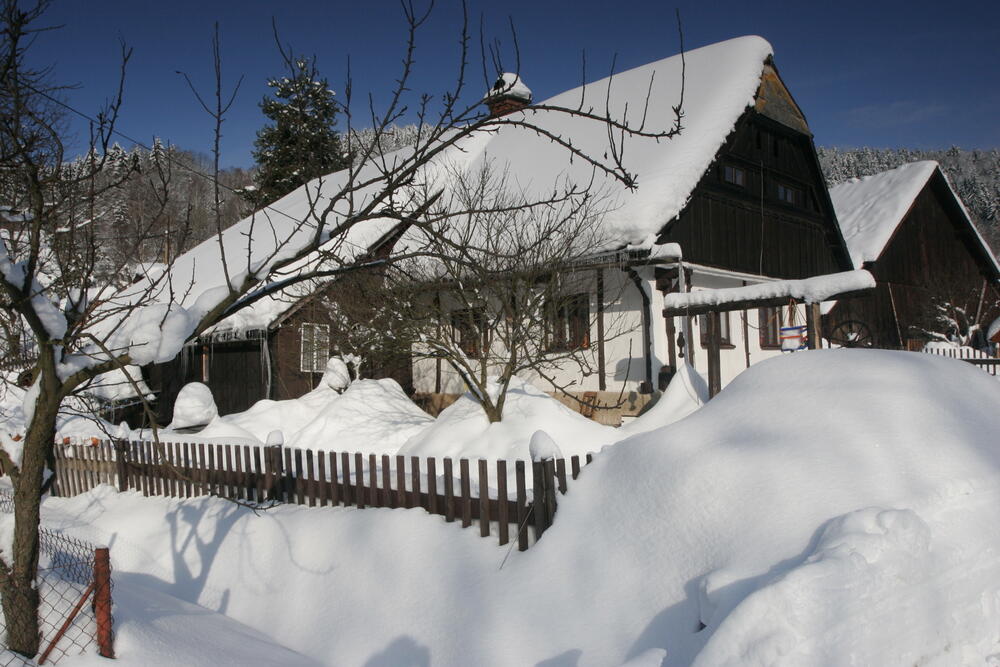 A special type of structure is the stack type whose walls are made up of stacked split as well as round debarked billets, similar to the way wood is bulk-stacked. All parts are joined with a lime mortar mixed with sawdust. The corners are cantoned with alternating beams. After plastering, the house cannot be distinguished from a brick house. The ceiling is usually a slab type with a layer of soil dab serving as fire prevention. Windows are two-flap opening outward, often with a vent light. In winter, interior single-flap non-opening windows were often put up. In some periods, the timbered houses were built with decorative verge boards often painted in white. The roof is usually the saddle type, often with a dormer which was used to get straw into the house to store in the attic. 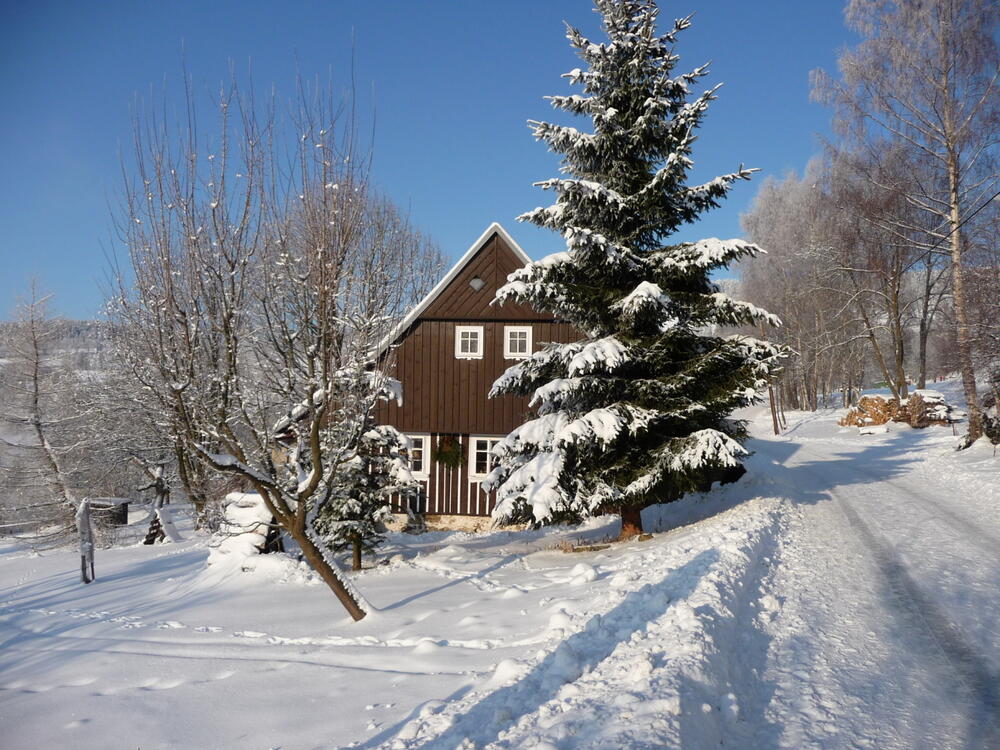 The gables are very diverse and can be used to distinguish the type of timbered house. The oldest gables were shingle or formed with non-slabbed overlapping boards. Later they were made of wide boards with joints covered with trims. The gable top is hipped or clinkered. The hip or clinker undercovering is made of a painted deck board containing the basic information of the house, namely the owner, master carpenter, date of building and a prayer. 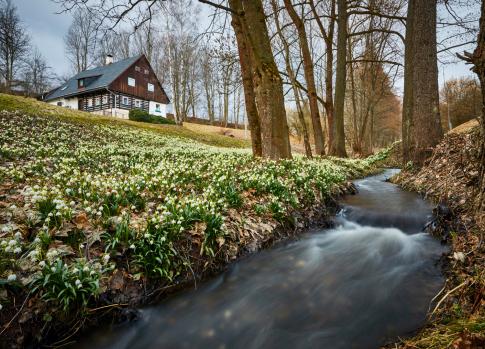 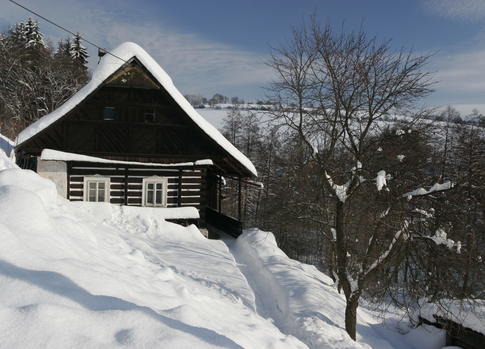 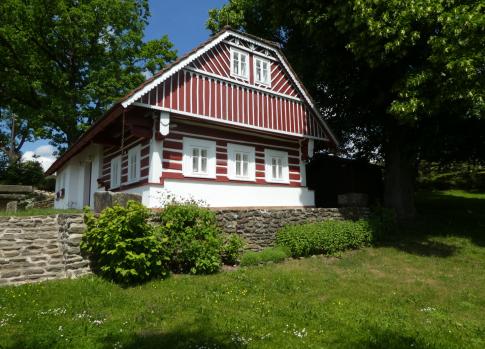 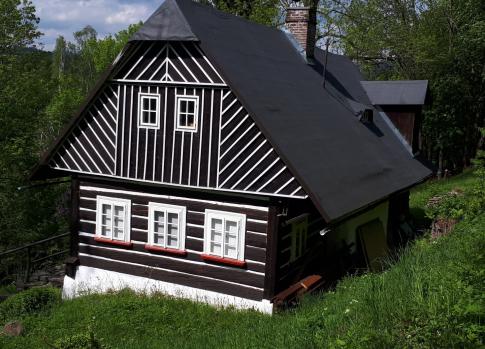 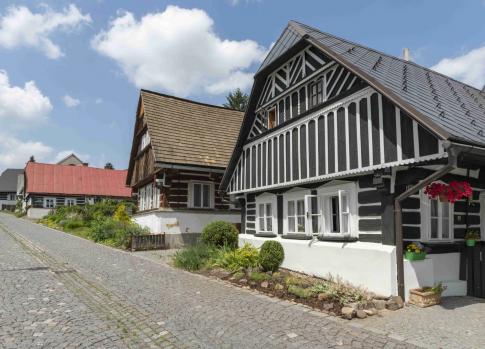 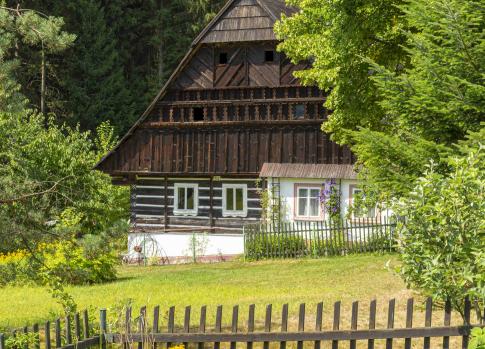 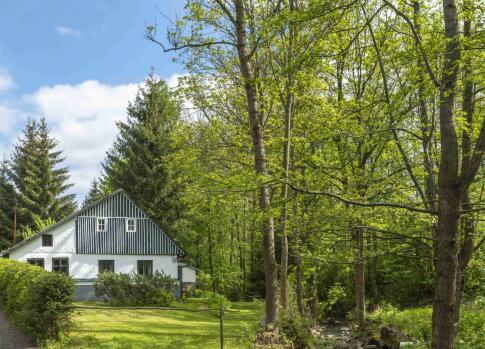 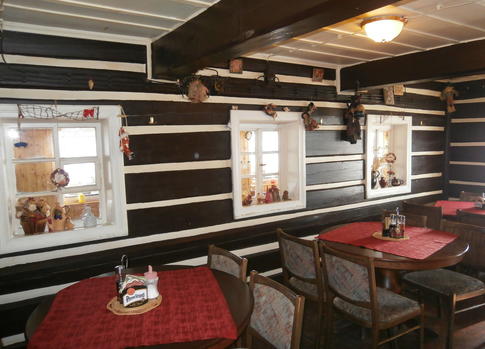