The Source of the River Labe

The journey along the River Labe (the Elbe), 1154 km in length, begins in Labska louka meadow, less than 1 km southwest of Violik Mountain in the area of Spindleruv Mlyn.

Its symbolical source, adapted to suit tourist needs, is located at an altitude of 1386 m a.s.l. as a stone centring with feed and discharge water, paved area and benches. In 1968 a wall was added with the coloured coats of arms of 26 major cities which the Labe flows through on its way to the North Sea. The true source of the Labe lies some 300 m west of this place in Labska louka meadow but is not open to the public for nature conservation reasons. 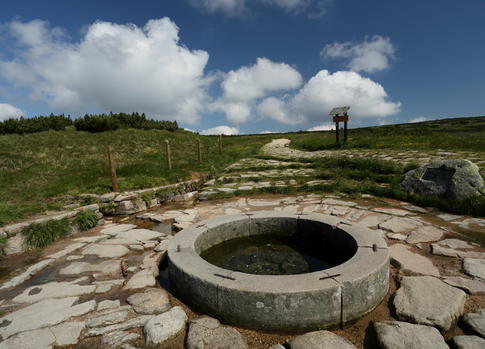 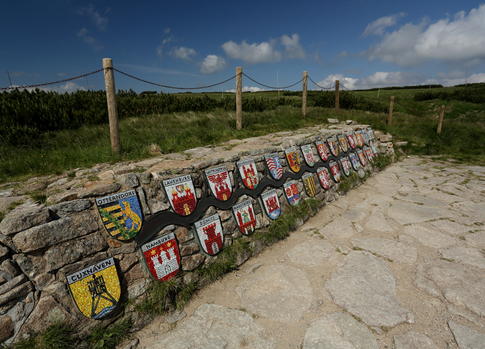 Link to mapy.cz
The Source of the River Labe 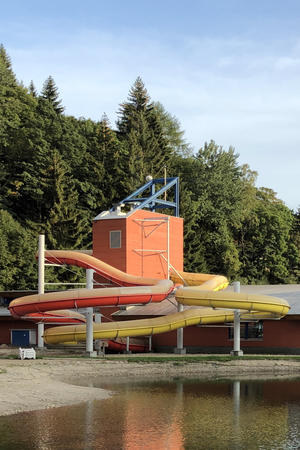 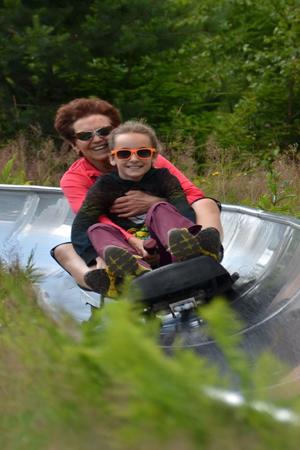 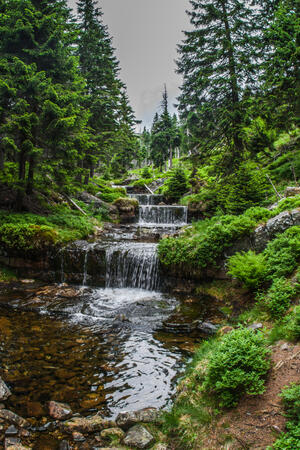 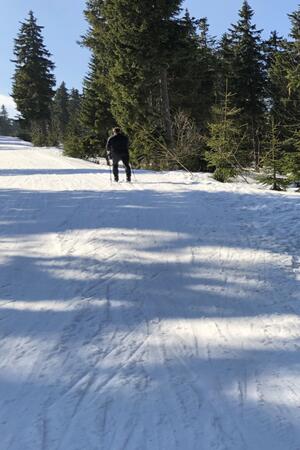 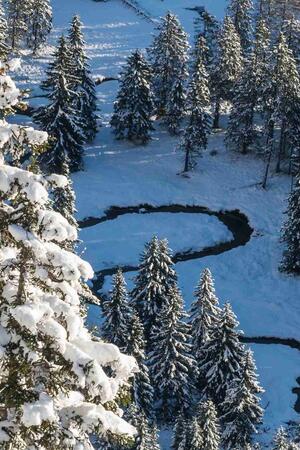 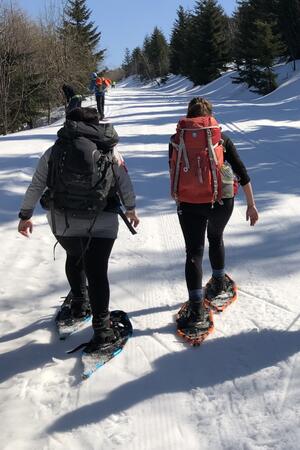 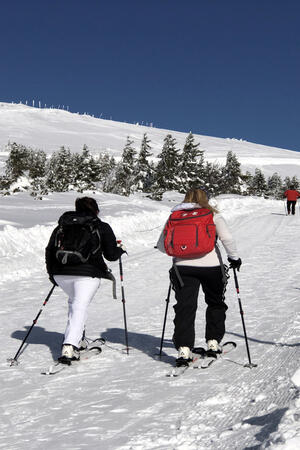